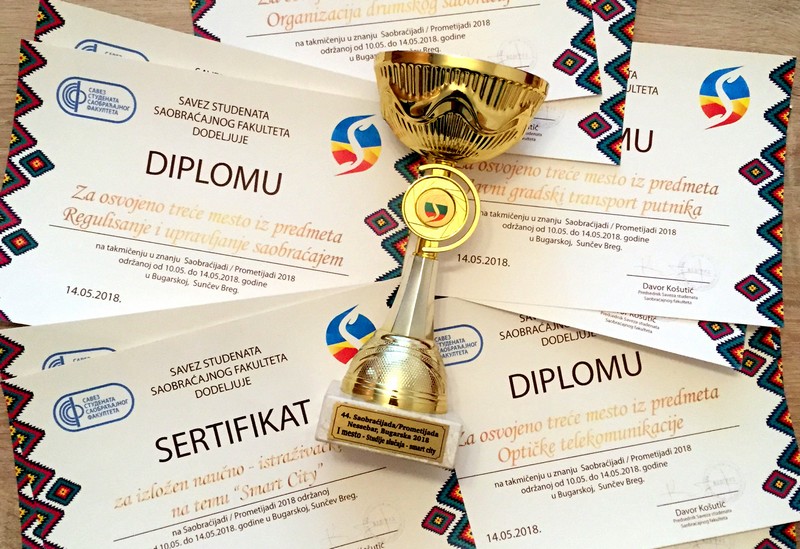 The students presented the Faculties of Traffic and Transport engineering Travnik with the work “New Technology in Driver Training, Driving Exam and Driving in the Future”. In addition to the “Case study” competition, a traditional knowledge competition was organized, where our students won the third place.

The first place was won and the cup is a seal for international consultations organized annually by the International University of Travnik, where their scientific and research works are also presented by students in cooperation with professors. Thanks to the experience in writing and presenting papers at international conferences and conferences, the students of the Faculties of Traffic and Transport engineering won the first place.

The students continued with the successful launch of the International University Travnik, the municipality of Travnik, the Central Bosnia Canton, as well as the state of Bosnia and Herzegovina.

The 44th road transport tour of the region was held from 10th to 14th May in the Bulgarian resort of Nessebar. More than 700 participants from eight universities from Bosnia and Herzegovina, Montenegro, Croatia, Macedonia and Serbia participated in this event, including students of the IUT Faculty of Education, led by Assistant Assistant Almedin Hataric, and a member of the Organizing Committee of the “Traffic and Transport engineering competition 2018”.

In order to improve international cooperation, representatives of the International University of Travnik attended the…

Over the past several years, International University Travnik is part of the Erasmus + Mobility Program,…