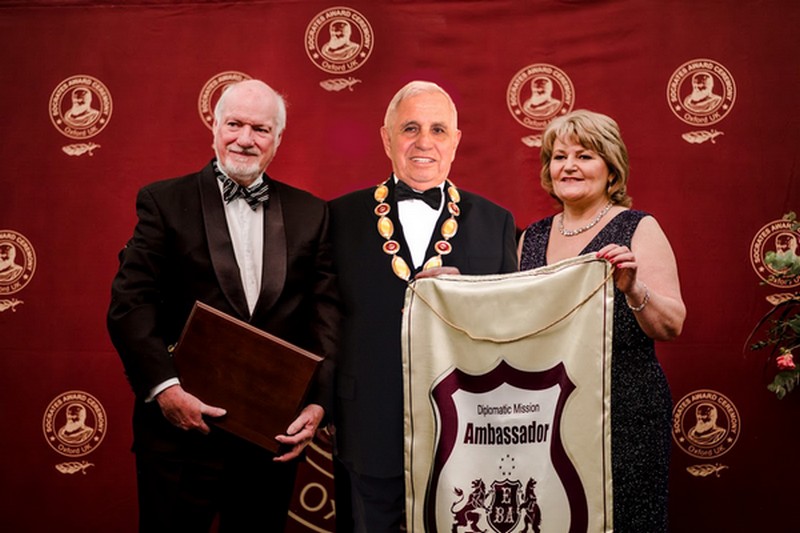 The European Business Assembly, headquartered in Oxford, United Kingdom inaugurated Academician, Rector of IUT, Prof. Dr. Ibrahim Jusufranić as EBA Business Ambassador, having in mind that Rector Jusufranić is one of the most respected regional leaders in the higher education process since the early 1980s.

Rector Jusufranić emphasized that his inauguration at EBA Business Ambassador was the greatest scientific achievement and that this recognition was gained thanks to the work and development of the International UniversityTravnik, which became the bearer of international and multicultural cooperation.

Leading the Delegation of the International University Travnik, Rector Jusufranić signed a Memorandum with the European Business Assembly (signed by – John Netting, Professor and General director).

In the solemn atmosphere of the International Achievements Forum 2018  which was held within the prestige Institute of directors , within an environment attended by the educational, business and cultural leaders of Europe and the world from all continents, European Business Assembly and Academician Prof.Dr. Ibrahim Jusufranić confirmed consent to jointly implement business initiatives aiming at business collaboration coordination, investment attraction and strengthening of business liaisons to Bosnia & Herzegovina and globally within the agreed mandate.

Regional leader in the higher education process, Rector Jusufranić, emphasized that the goal of the International University Travnik is to coordinate attracting foreign investment and improving business in Bosnia and Herzegovina.

At the same time, leading the IUT delegation, our Rector attended a full-day conference at the International Achievements Forum 2018, during which he presented a prepared presentation about the attractiveness of Bosnia and Herzegovina for possible investments and why should be invested in our country with the presentation of all developmental higher education components that make the International University Travnik as a university of the present but above all the future as well not only in Bosnia and Bosnia and Herzegovina, but even more widely – targeted as a regional, European and global coordinator of positive change in the higher education process.