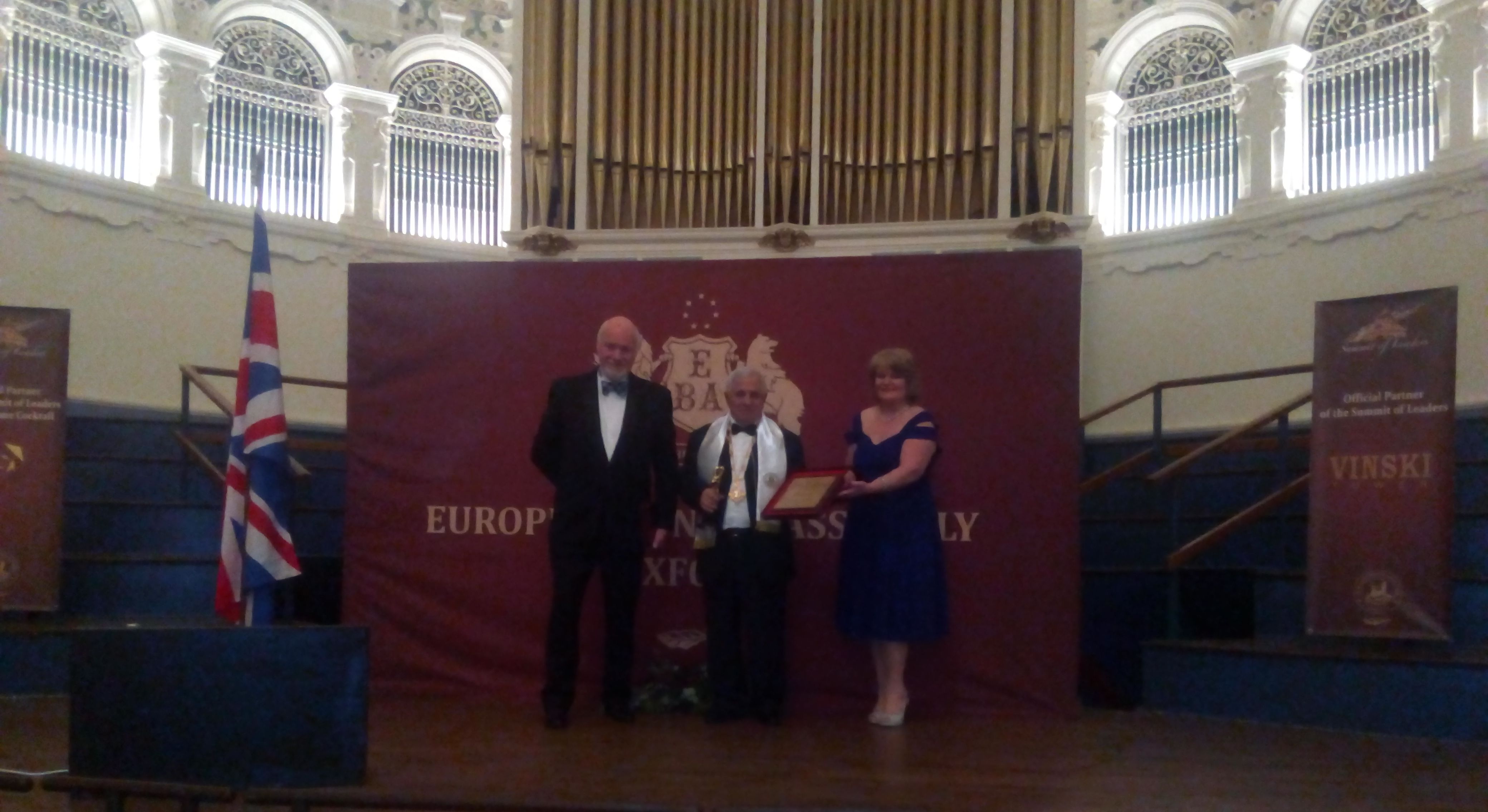 At the ceremony held on 19.12.2017 in Oxford, UK, during the “Summit of leaders 2017” within the organization of European Business Assembly has been awarded new prestigious awards to the Academician, Prof. Dr. Ibrahim Jusufranić and so, eo ipso, in the same time to International University of Travnik.

Award on behalf of the founders

This is the “Socrates” reward that is, for the second time, after 2012, has just been awarded to our rector and it is awarded for personal contribution to the development of science in the educational category.

The founders of the Socrates Prize are:

– Club of Rectors of Europe,

– An International Club of Leaders Supported by Powerful Nongovernmental Organizations and by Creative Unions from 16 Countries,

– Nomination symbolizes the highest level of recognition of professional and scientific achievements and services for shared values,

– The decision was made on the basis of analysis and national partners, business media, ambassadors, chambers of commerce and information agencies.

The award ceremony was attended by academics and business community representatives from forty world countries (Brazil, South Africa, Kazakhstan, Jamaica, Ghana …) and during the academic session called “Innovative Practices and Solutions from Oxford Academic Union for Advancement of Regional Universities” aside of  Dr. Rui Verde from Italy (Director of Executive Programs and Head of Legal and Economic Department of the Academic Union, Oxford) and Christine Briggs, President of the International Club of Leaders, EBA, United Kingdom, Rector Prof. Dr. Ibrahim Jusufranić was co-chairman who successfully moderated individual presentations of projects and initiatives as well as the presentation of the best regional universities.During that time was also presented a new issue of European Business Assembly Almanac where is, on the very visible place, presented International University Travnik.

Presentation of the IUT Monography

At the same time, in addition to the successful conversations with universities in Mongolia and Kazakhstan, in regards which we can expect very soon the signing of the Memorandums of  Understanding, the Rector, Prof. Dr. Ibrahim Jusufranić have, and on the recommendation of John Netting, General Manager of the European Business Assembly, also realized a short presentation of the recently published Monography of our university and in behalf of ten years from the beginning of academic work of our institution of higher education.

The success of the content of all of mentioned  activities of our rector continues to confirm the implacable strength of the slogan “For the life full of possibilities” of all those guidelines that are shaped by the complete academic community of the International University Travnik, all seven faculties with departments – from professors, associates and all our students within all study cycles.