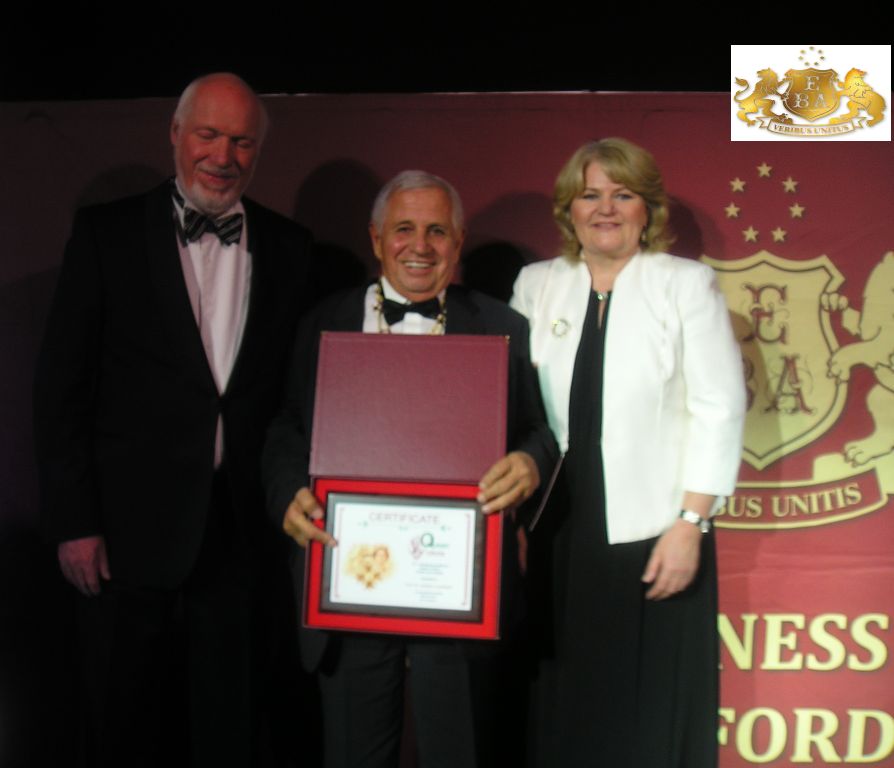 Within the organization of the European Business Assembly (EBA), Oxford, United Kingdom was on 6th and 7th October 2017. in Cannes, France, held the International Festival “Business Triumph and European Awards Night”, where the International University Travnik and Rector, Academician, Prof. Dr Ibrahim Jusufranić has been awarded with the prestigious “Queen Victoria” – a commemorative medal that recognizesorganizations and individuals for embodying the principles of corporate social responsibility through dialogue among scientists, philanthropists, charities, people from the world of culture and art. On that occasion, IUT’s rector also received a special “Queen of Victoria” Certificate for the maintaining of the traditional values of virtue, bravery and integrity.

Participating at the International Festival “Business Triumph and European Award Nights”, Rector Jusufranić also gave a special speech during the award ceremony, from which, among others, we are extricating: “International University Travnik was established as an independent and private higher educational institution on 2006 and its academic activities decanting within the own campus, of the usable area of 10,000 m2. Campus of our University is equipped with the
latest multimedia amphitheater, classrooms, scientific cabinets and laboratories, but also with
accommodation for students.

Our university offers education for 23 professions careers of the future through 23 bachelor degree programs, 22 Master programs and 15 doctoral programs.

Seven faculties of International University Travnik: Faculty of Traffic and Transport engineering, Faculty of Economics, Faculty of Politechnical Sciences, Faculty of Ecology, Faculty of Law, Faculty of Media and Communication and Faculty of Information Technologies introduced the most advanced forms of educational-teaching process, as well as assumptions for
the research development of each of these individual faculties. In the same time, new academic year, due to continuous development of technologies, within the interaction of the modules, brings new Syllabuses, with a goal of matching up with the strategic orientations of all forms of market.

A multitude of awards that I have received personally, as well as the ones received by the side of university, among which this one “Queen Victoria” has a special place, are important, quality precondition of the shaping up of the reality within the academic future of the International University Travnik.”

The International University Travnik also has received 3-year certificate (license) to use the award brand (royalty) of the European Business Assembly (EBA) for a period of three years.

During the Festival, within interactive meetings with Ambassadors from several countries from Europe and Africa, along with contacts with universities from Asia and South America, the delegation of the International University Travnik continued a series of creations of appropriate
modalities of academic and scientific-research cooperation aimed at further development of
academic and teaching and education process within IUT.

Within the period in fornt of us us – until the beginning of 2018. projects of mutual interest will be initiated with the signing of the relevant Contracts and the Memorandum of understandings.

At the very end of the Festival, the rector of the International University Travnik gave an interview to journalist Peter Thomson for the TV Almanac of European Business Assembly and Leaders Times Magazine, within which he was talking inspirationally about the beginnings of the shaping up of the IUT and about the plans for the future in line with the challenges of technological progress.

Rector of the International University of Travnik, Academician, Prof. Dr Ibrahim Jusufranić – “Scientist of the Year 2016”