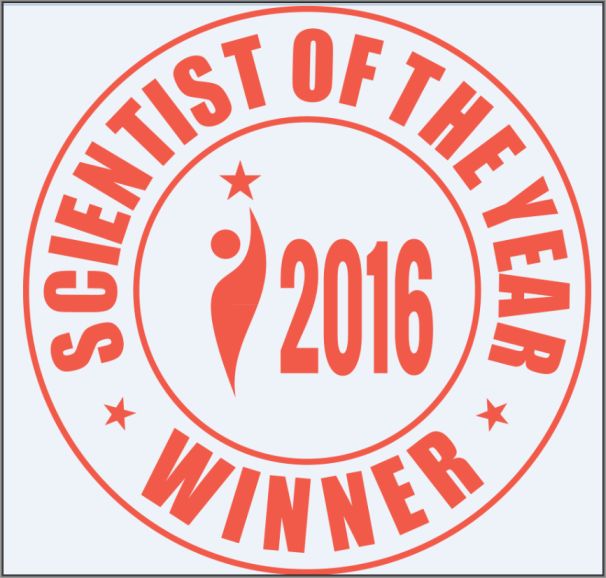 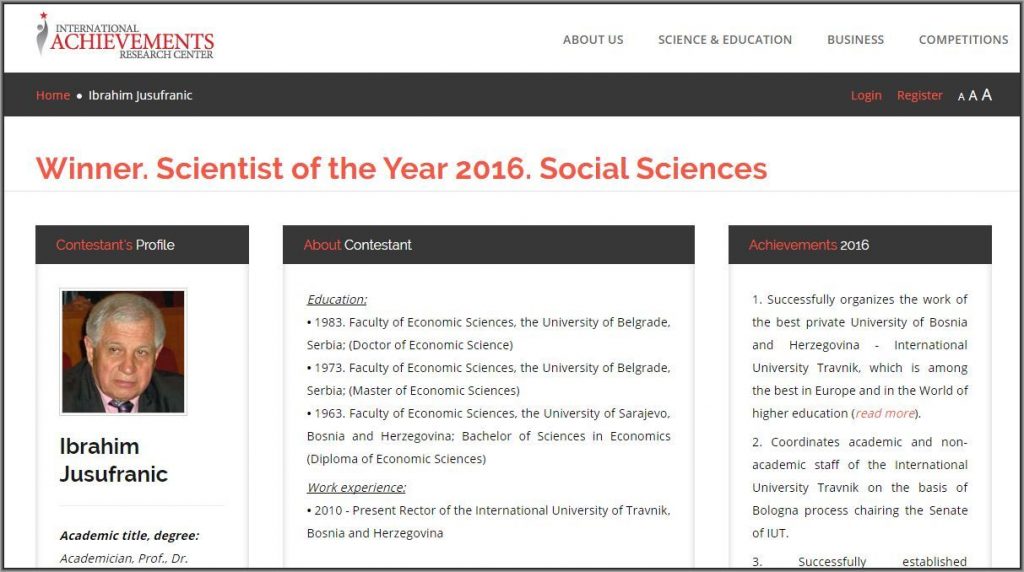 With the greetings from the Associate Director of the IARC, Linda Lyons and Competition director, Geoff Wells, rector have been awarded with honor diploma for the winner and a special emblem “Scientist of the Year 2016 – Winner”, and with something given only for the winners who are having the privilege of publication of the corresponding text on the special section within official WWW page of IARC – “International tribune,” and our rector will, after the publication of a special web site that already has a set of information on the award for our rector being a „Scientist of the year 2016“, have a chance that, by the end of April, publish a paper within his own academic selection and orientation within the economic field. 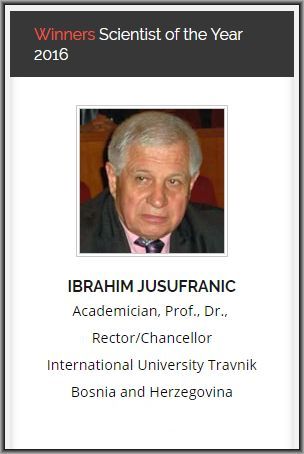 The mission of the International Achievement Research Center from United States of America is to support the international development of science, education, economics and social field, and in accordance with encircled active social, economic, research, scientific and educational work which has been completed in the past more than four decades, nomination was the logical sequence of events for the Rector, Prof.Dr Ibrahim Jusufranić, and for something like that it is enough to
look at a page with Rector's biography on the official web page IARC in English: http://achievementscenter.com/Ibrahim-Jusufranic.

At the same time, as it was seen in online voting, our rector really convincingly won the election for the “Scientist of the Year 2016” by winning more than 70% of the votes, but also with the unanimous decision of the academic jury from the USA, which had the final word in making a final decision on the award, compared to other scientists who are nominated from dozens of countries from all continents. 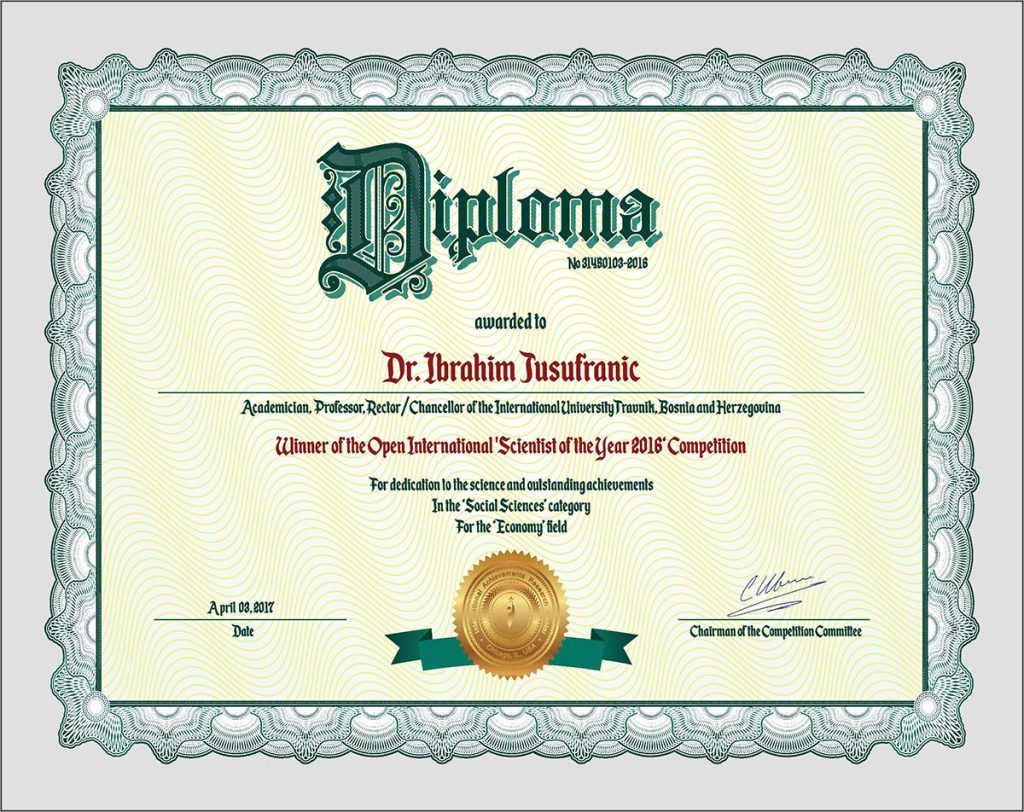