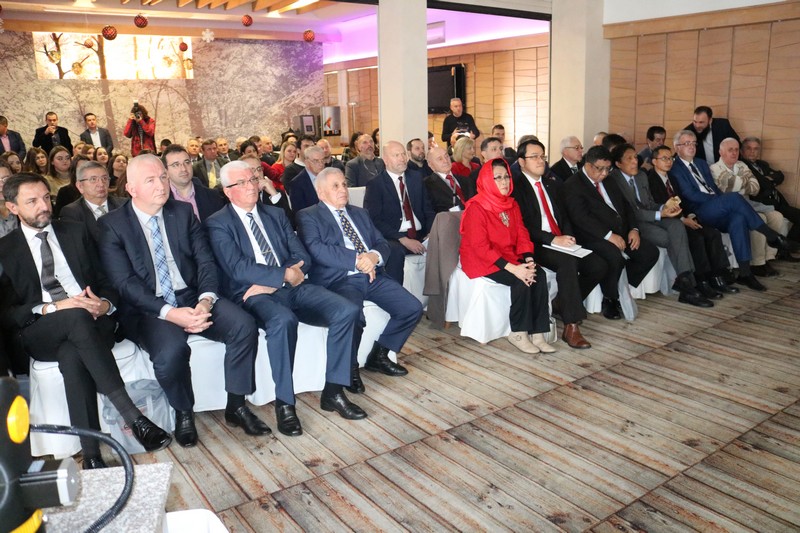 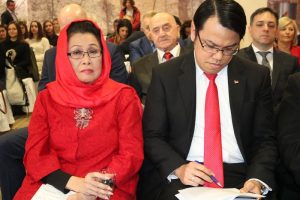 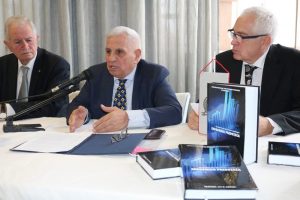 The International University Travnik, in cooperation with the academic partner University of Indonesia, Depok, organized the XVIII International Conference entitled “Trends in the Development of the Western Balkans Developed Countries with a Special Focus on BiH in the EU Accession Process”, held on December 14th and 15th on Vlašić.

The main goal of this year's conference was to highlight the importance of knowledge as a key factor in the development of competitiveness of the economy of Bosnia and Herzegovina and the countries of the Western Balkans. During the conference, the participants exchanged scientific-research and practical knowledge and experiences on strengthening the process of BiH's accession to the European Union, and solutions and recommendations in view of the current topic of the topic that surpasses many countries and today is becoming a worldwide problem. Also, it was necessary to look at the economic position of the countries of the Western Balkans, with particular reference to Bosnia and Herzegovina. In addition, the Conference discussed and analyzed the legal aspects of the economic, social and sustainable development of BiH and the countries of the Western Balkans, with the participation of the media in creating an EU approach.

The Ambassador of the Republic of Indonesia in BiH, Amelia Achmad Yani, Secretary of the Embassy of the Republic of Indonesia in BiH Febry Elsafrino and Raden Sandjaya, Deputy Rector of the University of Indonesia, Depok, Prof. Dr. Bambang Wibawarta and Head of the Student Reception Office Dr.Sci. Untung Yuwono, Federation Trade Minister Zlatan Vujanović, Central Bosnia Canton Prime Minister Tahir Lendo, Minister of Economy of Central Bosnia Canton Sedžad Milanović, Mayor of Travnik Municipality Admir Hadžiemrić, Assistant Minister of Education, Science, Culture and Sports of the Central Bosnia Canton Zoran Matošević, Dean of the Faculty for Detective and Criminalistics of the European University of the Republic of Macedonia Atanas Kozarev, as well as numerous academics and professors from universities in Bosnia and Herzegovina and the region.

Rector of International University Travnik, Academician, prof. dr. Ibrahim Jusufranić in his address to the audience said that competitiveness in the economy of Bosnia and Herzegovina, as one of the most important indicators of the economic capacity of the country, is of crucial importance in market conditions and is the basis for increasing the real income of the population. One of the biggest problems of the economy of Bosnia and Herzegovina and the countries of the Western Balkans is a high foreign trade deficit, caused by weak competitiveness in the international market and high import-export dependence, which means that they are not able to satisfy consumption by their own production, as well as weak foreign trade integration of these countries, said Rector Jusufranić.

He added that knowledge and skills today are the most important source of competitive advantage, and investments with the purpose of increasing the level of knowledge can significantly increase the economic prospects of the country and the well-being of its inhabitants. If it is regularly used and renewed knowledge over time, it contributes to personal development of life and highlights its creative abilities as well as the development of a community in which a person lives, works, and acts.

Companies that want to be successful in modern business conditions need to use more innovations as part of the company's business strategy, as it drives the economic well-being of an entire country, said Rector Jusufranić. Speaking of digitization, Rector Jusufranić said that it represents the highest level of integration of the business system. Accordingly, it is one of the basic tools for growth and development, both individual enterprises and the economy as a whole.

The director of the International University Travnik, in the end, said that a strong digital economy has a vital impact on innovation, growth, jobs and European competitiveness, and that companies that want to be successful in modern business conditions need to use more innovations as part of the company's business strategy, they trigger the economic well-being of an entire country.

The Ambassador of the Republic of Indonesia in BiH, Amelia Achmad Yani, was the special guest at this year's conference. She emphasized that she supports the cooperation of the International University Travnik and the University of Indonesia, Depok, and she hopes that the exchange of students between these two universities will further strengthen the cooperation between Bosnia and Herzegovina and the Republic Indonesia. Ambassador Yani is convinced that the conclusions from the Conference will contribute to the improvement of relations between the countries of the Western Balkans and the European Union.

Federal Trade Minister Zlatan Vujanovic said that knowledge is the main and largest driver of all processes and resources that can lead this country to positive economic changes. He emphasized that young people from Bosnia and Herzegovina are very capable and talented to show at various competitions around the world where they win the first places and gold medals..

“Our country has a very important resource and potential, and it is potent and capable young people who participate in renowned and established institutions such as the International University Travnik and because of this, such Conferences are very important because they help the public to get to know talented young people who will be able to help Bosnia and Herzegovina become a full member of the European Union “, said Minister Vujanović.

Deputy Rector of the University of Indonesia, Depok, Prof. Dr. Bambang Wibawarta said he hopes that with the International University Travnik in the future, they will launch joint initiatives in the field of media and economic studies.

The Prime Minister of the Central Bosnia Canton Tahir Lendo pointed out that the International University Travnik, together with its partners, each year organizes international conferences with interesting and current topics where experts from different fields point to the way Bosnia and Herzegovina can progress. In the end, Prime Minister Lendo added that the XVIII International Conference is the best way to present Central Bosnia Canton and higher education.

The Mayor of Travnik, Admir Hadziemrić, also addressed the present guests, who said that the XVIII International Conference Travnik is focusing on world events since this year guests were representatives of the Embassy of Indonesia and the University of Indonesia.

The achievements achieved by the International University Travnik with the work of their students and with the cooperation they have with renowned world Universities put the IUT in an enviable position on the world's list of universities, said Hadžiemrić, and proudly emphasized the pleasure that Travnik is the seat of such an institution that contributes to the development of the municipality of Travnik , The Central Bosnia Canton, as well as the state of Bosnia and Herzegovina.

“In the focus of Business Economics and Business Organization, a company is an economic system whose primary task is to use the available social resources to meet the needs of the company and the users of its products and services. Through its business, the company grows, develops and changes, carrying out economic activities whose basic function is an economic function. However, today companies are asked to have non-economic functions, such as the greening of production, because more and more economic success can be observed if its achievement is incorporated and ecological measures of success. This is discussed, analyzed and concluded in these books, “said Rector Jusufranić during the presentation of the book.

In the introductory part of the Conference, the participants were able to see a short presentation of the “Robotic arm” made by students from the Faculty of Polytechnic Sciences Travnik, Department of Electrical Engineering, Bekir Fulan, Amil Švago and Džavid Kilim. This is a project called “Robotic Arm 387” where students have been working in the past six months.