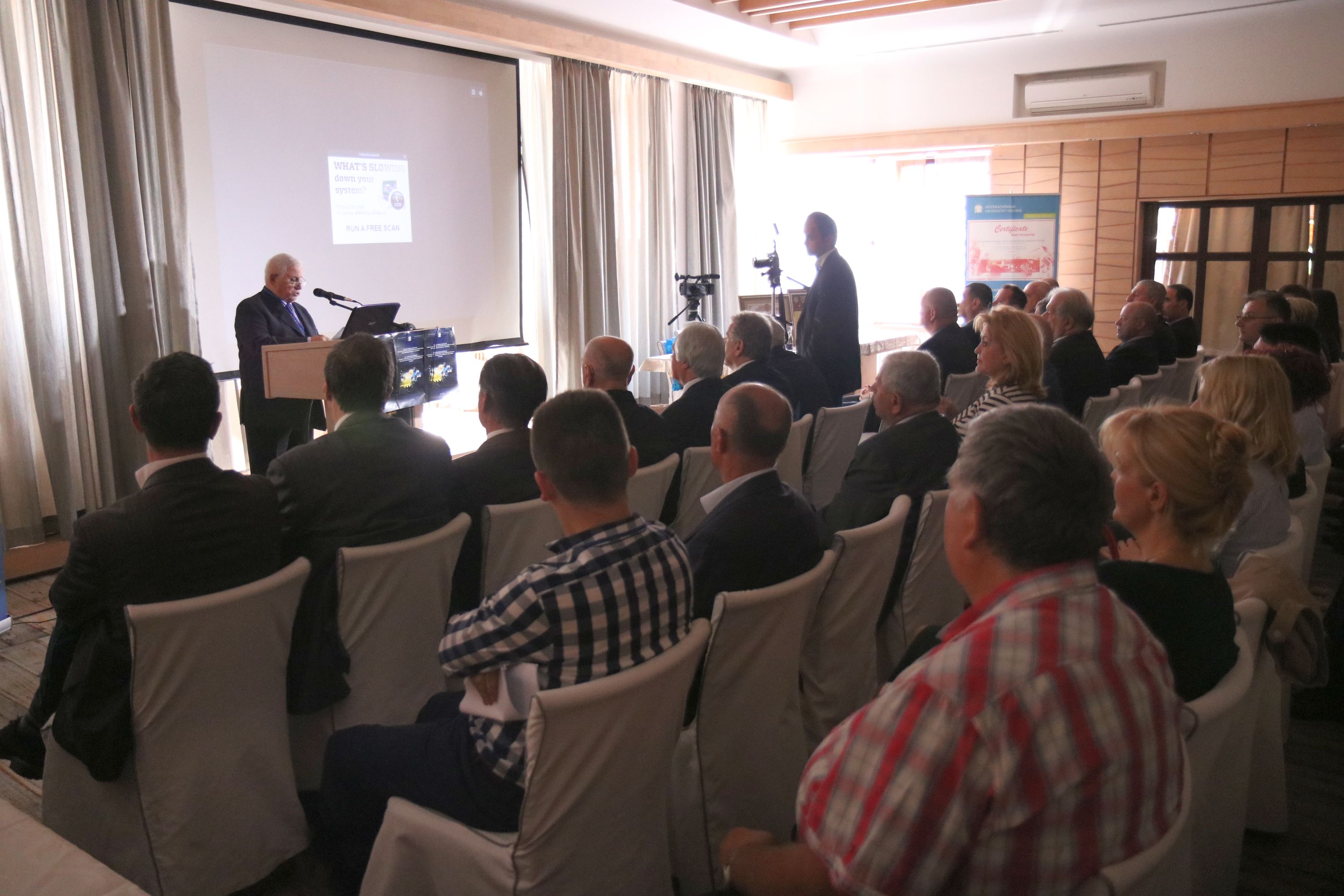 In accordance with the set methodological goals of improving the appropriate assumptions of reflective incidences of scientific-research visions in traffic, economy, law, ecology, and information technologies, International University Travnik  27.05. and 28.05.2016.g. organized another one in a series of successful international consultations, thirteen within the Development Order, at the Hotel “Pahuljica” on Vlasić. Participation was taken by more than 70 scientific authorities from the aforementioned areas in the region, as well as students, masters and doctors not only of IUT, but also of other universities in BiH, but also from the countries of the region.

Opening Counseling, Academician, IUT Rector, Prof.dr. Ibrahim Jusufranić, welcoming the present participants and guests, emphasized, among other things, the significance of this type of counseling, as well as the fact of how much this contributes to the understanding of how much International University Travnik invests in the development of academic assumptions of particular scientific branches within integrative innovations with the goal of further development of universities, but and society as a whole.

In addition to the participants, consultants were also attended by distinguished guests from state ministries and institutions: Sedžad Milanović, Minister of Economy MBC, and in front of the Ministry of Education, Science, Culture and Sports MBC, Assistant Minister of Education, Zoran Matošević, as well as distinguished guests from abroad – Of the European Academy of Sciences, Academician Petar Baron Rajačić.

What certainly stands out as a lighthouse of possible expectations of the future development of the IUT, and is what has been said about the comprehensive scientific and academic work of the Academician, the Rector of the IUT, Prof.dr. Ibrahim Jusufranić, referring to the recently awarded Academic Prize in London, entitled “Name in Science” … quote: “When we talk about Travnik, the reflection of the reflection of the phenomenon is directed at the word” worldly “because the name of Ivo Andric is entered in the world literature By obtaining the Nobel Prize for Literature, 1961.

But fifty-five years later, in 2016 another Travnik, and already we can call him such, he binds for the word “worldly” …

– not only because of the formation of a university that is a regional leader of higher education for a full decade,

– not only because of the establishment of a university that has close to fifty signed agreements, agreements and protocols with universities from four continents,

– not only because of the university whose students, professors and assistants, along with other staff, are an example of the avant-garde of the academic community …

… but also because of the fact that the word “worldly” arrived on behalf of the Academician, Prof. Dr Ibrahim Jusufranic, rector of the International University Travnik.

Namely, by the Decision of the Sokrates Committee of the Academic Union of Oxford and the European Business Assembly, headquartered in Oxford, England, the name Prof.dr. Ibrahim Jusufranić has been enrolled since 2016. in the world register of distinguished Scientists of the 21st Century by awarding the medal of the famous “To contribute to the world science”.

And so, Travnik is upgrading its reflection of the phenomenon of world literature to world science. Both Travnik's were, they are and remain “worldly.” And ours, above all. “… the end of the quote. 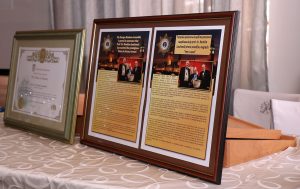 At the same time, before the official start of the work of the International Consultation and introductory papers, the official inauguration of the Honorable Prof.dr. sc. Mladen Bodiroža and renowned Bosnian artist Nedžad Salković to academics of the European Academy of Sciences. In addition to explaining the reasons for joining the Academy, the following … quote:

“Reflections centered on innovation, inspiration and integration for decades have created the assumptions that today and here we have two people before us who interact with science and art, but also vice versa within the methodological assumptions of the appearance of the reality of the European Academy of Science, Innovation and Sustainable Development.

On the one hand, this is a colleague, Prof.dr. Mladen Bodiroža, a member of the Senate of the IUT, a decennial successful research scientist, pedagogue and, above all, an inspiration to the generations of students and professors from the territory of Bosnia and Herzegovina, but also of the former Yugoslavia, who follow the steps of his orientation with the aim of integrative innovations of his assumptions, typed in books that methodically clearly writes and publishes.

Already beside him, besides him, Nedžad Salković, a doyen of the artistic scene of Bosnia and Herzegovina, but also of the former Yugoslavia, a person who makes artistic innovations express even his own classicism of sevdalinka, is consistently integrative, but also inspiring to new generations, as to those who grew up along with his songs, as well as those who try to continue on his feet, continually trying to sigh the Prince of the Bosnian Sevdalinke.

Why do we associate art and science in this way? The answer is in Albert Einstein's wise proverb: “The most beautiful thing we can experience is what is mysterious. This is the fundamental feeling that stands in the forefront of every art and science … “. Mysteriously, both of them were at the beginning, until they began to break the mystery, but also succeeded in their shaping the development of both science and art. “… the end of the quote.

The introductory papers were presented at the very beginning of the XIII International Counseling, and prior to the presentation of works, which was divided into two parts during the first day of the Counseling, was presented by the Academician, Prof.dr. Ibrahim Jusufranić; Akademik, Prof. dr. Slobodan Nesković and Doc.dr. Tatjana Stanivuk.

In addition to the continuation of the work of the XIII International Counseling, the second day of the Counseling Workshop was carried out, as well as the Expert Meeting of Travel Instructors, Driving Authorities, Licensed Trainers and Licensed Examiners on the topic “Innovative Technologies and Equalization of the Content and Criteria for Exercising Driving Examination”, with the participation of a large number of active participants from driving schools, lecturers and examiners from the Central Bosnia Canton.

The organization and realization of the XIII International Advisory Council of the International University Travnik this year confirmed not only the reasons for its appearance on the academic sky of Bosnia and Herzegovina, but still created the preconditions for the improvement of academic and scientific research not only at IUT but also within the wider academic-scientific community in Bosnia and Herzegovina.

Agreement on cooperation signed between the International University of Travnik and the Ministry of Education, Science, Culture and Sports CBC / CCB

Rector of the International University Travnik in Travnik, academician, prof. Dr. Ibrahim Jusufranić and the…

At the International University Travnik in Travnik, a training seminar for driving instructors and licensed…