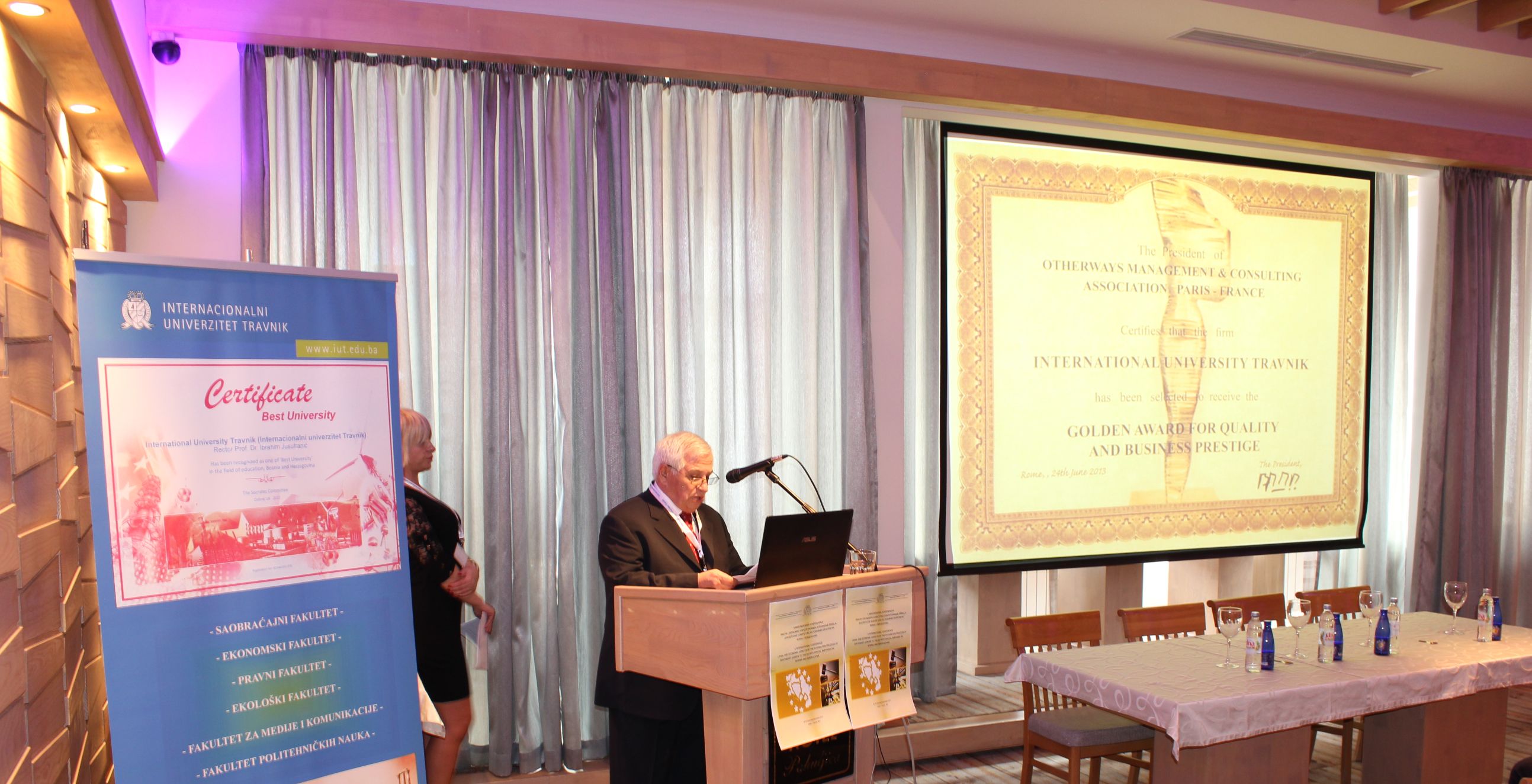 International University Travnik from Travnik has successfully organized the X. International Conference “LEGAL AND ECONOMIC ASPECTS OF THE INTEGRATION PROCESS OF SOUTHEAST EUROPE TO THE EU WITH SPECIAL EMPHASIS ON BOSNIA AND HERZEGOVINA”. The conference was held on 18 and 19 December 2014 at Hotel Pahuljica on Vlašić, during which more than 70 experts had their active participation and eminent university professors from Bosnia and Herzegovina, Croatia, Serbia, Montenegro and Macedonia.

The main objective of the conference was to discuss the legal and economic position of the countries of South Eastern Europe in the context of EU integration, which is fully, through a methodological approach to the realization of the presented scientific papers, and realized, shaping the possible directions for further activities. In this terms it was considered all economic and legal aspects that impact on the mutual integration, economic activity, trade, production, better use of production capacity and other countries with a focus on increasing social and economic development of countries, employment, standard of living and mutual coordination within the preparation for EU integration.  Situation of the economy within the countries of former Yugoslavia has been analyzed and has been given the directions for improving the economic situation with support for having greater competitiveness of domestic production in the process of market liberalization, with the presented modalities aimed at establishing better cooperation between our countries within the region. The main goal would be to increase production and entrepreneurship development, reducing unemployment and achieving the protection of vulnerable consumers.

In the countries of the region within the frame of the professional and political elites there is almost consensual attitude of need to enter into EU, while the whole community is poorly informed about the course of entering in EU as well as about the EU integration process, the negotiating positions of the candidate countries, negotiated chapters, potential costs and benefits of membership, as well as the sources of funding that the EU puts at the disposal of the countries that are seeking for full membership.

In the analysis of the use of IPA funds by country, research is focused on those industries that are most important for each individual country, and there are many similarities and lessons that should be kept in mind. As key segments in order to use their own potentials and more efficient employment of the population are abstracted the agriculture, in the case of Serbia, tourism in the case of Croatia, but also in Bosnia and Herzegovina, and, in general, the industry as an economic sector where possible increasing returns are the strongest and without which one can not be expected the growth and development, and which is, by far, the weakest link of all three mentioned countries.

The conference primarily provided a forum of fresh ideas which are articulated by the participants in order to make an influence on the economic policy of the country and the region. Most participants pointed out the economy as the best binding factor in the SEE countries and that the economic field must be free from political influence and become a actuator of development of one new region.

Topics of the conference:

Integrative economic processes as a precondition for development

With a focus on Bosnia and Herzegovina, to come out of this unfavorable economic situation in which is B&H and the directioning of the entire community for the recovery of society, during presentations at the Conference it is indicated the need to create new job opennings in the production of goods and services for export and increase of the priority investment spending. It is therefore essential in a market, socially sensitive, economy to create framework of conditions in security environment for the development of the economy and employers with workers to create new value of the living state, and from which the benefit has the society as a whole. This requires structural measures such as reducing taxes and payroll contributions, and especially in export oriented jobs, reducing interest rates on loans with a minimum repayment period of 10 years, protection of domestic production of non-tariff barriers and customs duties. It is necessary to free on tax paymant those who opened new facilities. Other economic reforms in B&H in ease of doing business, that emphasizes the World Bank, should be implemented in order to start a business in B&H. B&H in the period of the last four years has not conducted any reform while other countries, especially in the surroundings, Serbia, and Croatia through EU membership, worked positively and recorded success in this area.

Entering Croatia to the EU has significantly influenced on the situation in the region, with creating of the new opportunities for the Western Balkan countries, but also with additional setup questions about B&H ability to adapt towards new changes in the environment. Since B&H demonstrated commitment to European integration and Croatia is its main regional partner, the new position of Croatia is an opportunity for B&H to initiate internal reforms, and to quickly overcome the problems on the road to the EU, including of course the relevant experience of Serbia on the road to EU accession. From 1 July 2013, Croatia operates according to EU standards. Therefore, for Bosnia and Herzegovina it is necessary to conduct institutional reforms in order to align with EU standards, because that would otherwise constitute brake in reaching an agreement with the neighbors or with the EU. This all creates a need for stronger regional relationship, through participation in EU programs and, through that, the preparation of all withn the region for accession the “European family”.

At the same time, it was emphasized that the media have a very important role in these integration processes, with a shaping of the environment that will be benevolent towards all forms of economic integration, taking into account the proper education of journalists and communication experts about the benefits of such legal and economic and scientific-research solutions that aim to improve the activities and work of the overall community, both, in Bosnia and Herzegovina, and in the environment.

Papers that are published in the Proceedings, presentations and discussions at this conference will certainly contribute to the creation of most convenient solutions and recommendations to the process of intregration to the EU to take place without difficulty with the actualization of all previous agreements that would be replaced with appropriate multilateral agreement whose main goal would be better utilization of existing production capacity and to create the basis for better development.

The common conclusion of the Conference participants is that solution is regional integration and regional cooperation in the economic, trade and all other areas of life, opportunities, means and way to strengthen our market, in order to synergistically enhance competition and hence the business environment based on product quality and services, the rule of law as well as the quality of communication.

Institutional support to the Conference was given by the Government of MBC, MBC Ministry of Education and the Municipality of Travnik. 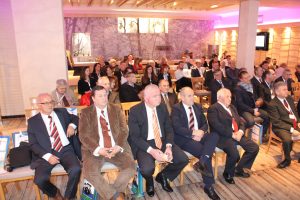 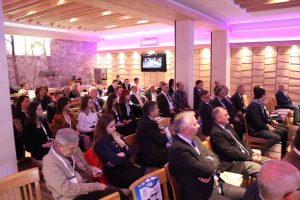 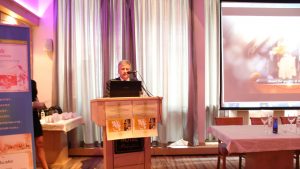 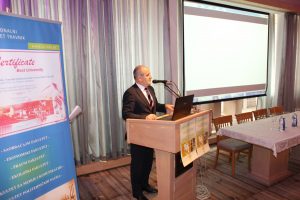 Students of the Faculty of Information Technology Travnik visited Logosoft

Students of the Faculty of Information Technology of the International University Travnik visited Logosoft Sarajevo,…