By completing the trilogy of scientific essays published and presented in the United States, Professor from the Faculty of Media and Communications of the International University Travnik, Assoc. Prof. Dr. Sabahudin Hadžialic published a new book of scientific essays in the English language titled “World As Global Sin” at the beginning of January 2018, published by Eurasia Review, magazine and think tank.

The book included essays and scientific papers published in the aforementioned journal in the period of January 15, 2016 till December 15, 2017.

Editors of the Edition are Robert Duncan, Editor in chiefof Eurasia Review and Peter Tase, journalist and lecturer from the US Universities and Nizar Sartawi, a Jordanian lecturer, writer and translator. Besides them, reviews have been done by Assoc. Prof. Dr. Swaleha Sindhi, a professor and lecturer from India and a publicist and writer Ladislav Babić from Croatia. The reviews, along with the editors’ words, can be read on this link, while the book since 4/1/2018 is available in printed and electronic form. 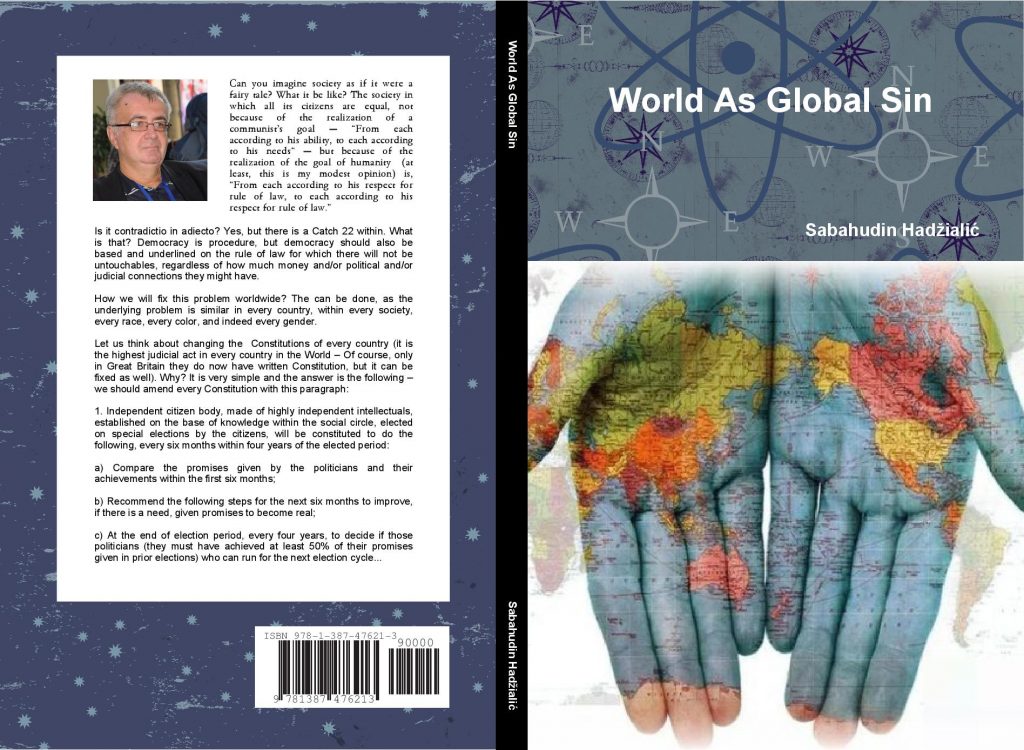 The first and exclusive copies of this book, just as it was the case with the previous two books published in USA – first “Bosnia and Herzegovina and the XXI century” in 2014. and with the second book “South East Europe at the Edge of Civilization” from 2016, will be handed over to the library of the International University Travnik after the promotion of a book that is planned at our university for the start of the summer semester, on March 2018.