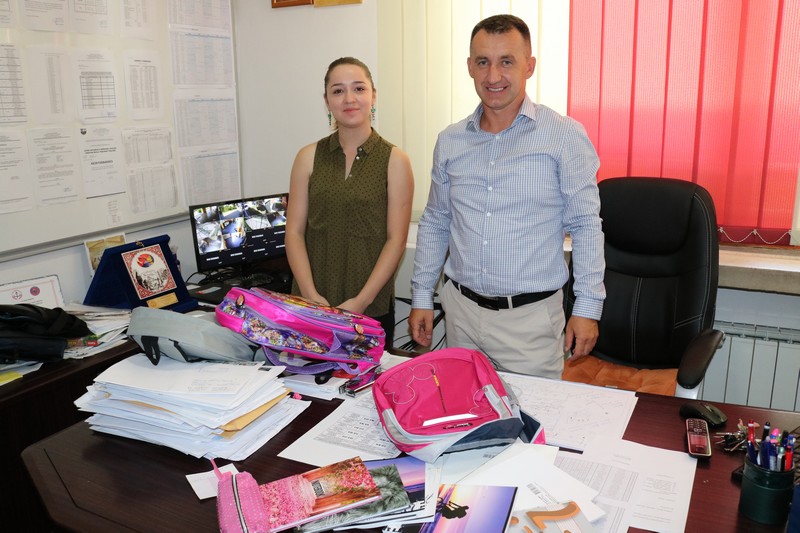 Members of the Student Parliament of the International University Travnik have successfully completed the action of collecting school supplies for children from socially disadvantaged families from the Central Bosnia Canton called “Prepare me for school – donate school supplies”.

As part of this action, members of the Student Parliament collected money for the purchase of school supplies or already purchased school supplies for socially vulnerable children.

The collected money and school contribution were handed over by the representatives of the Student Parliament to the principals of primary schools “Travnik”, “Turbe”, “Kalibunar”, “Dolac na Lašvi”, “Mehmedalija Mak Dizdar” Novi Travnik and “Edhem Mulabdić” Novi Travnik.

Ajla Music, president of the Student Parliament of the International University Travnik, said that this was a continuation of last year's action when they also helped socially disadvantaged children. This year they managed to save more than 17 kids from different schools.

Memorandum of Understanding between the International University Travnik and the Indian Institute of Technology Madras, Chennai, India

Continuing the development of academic and scientific-research cooperation within Asia as well, the idea of…