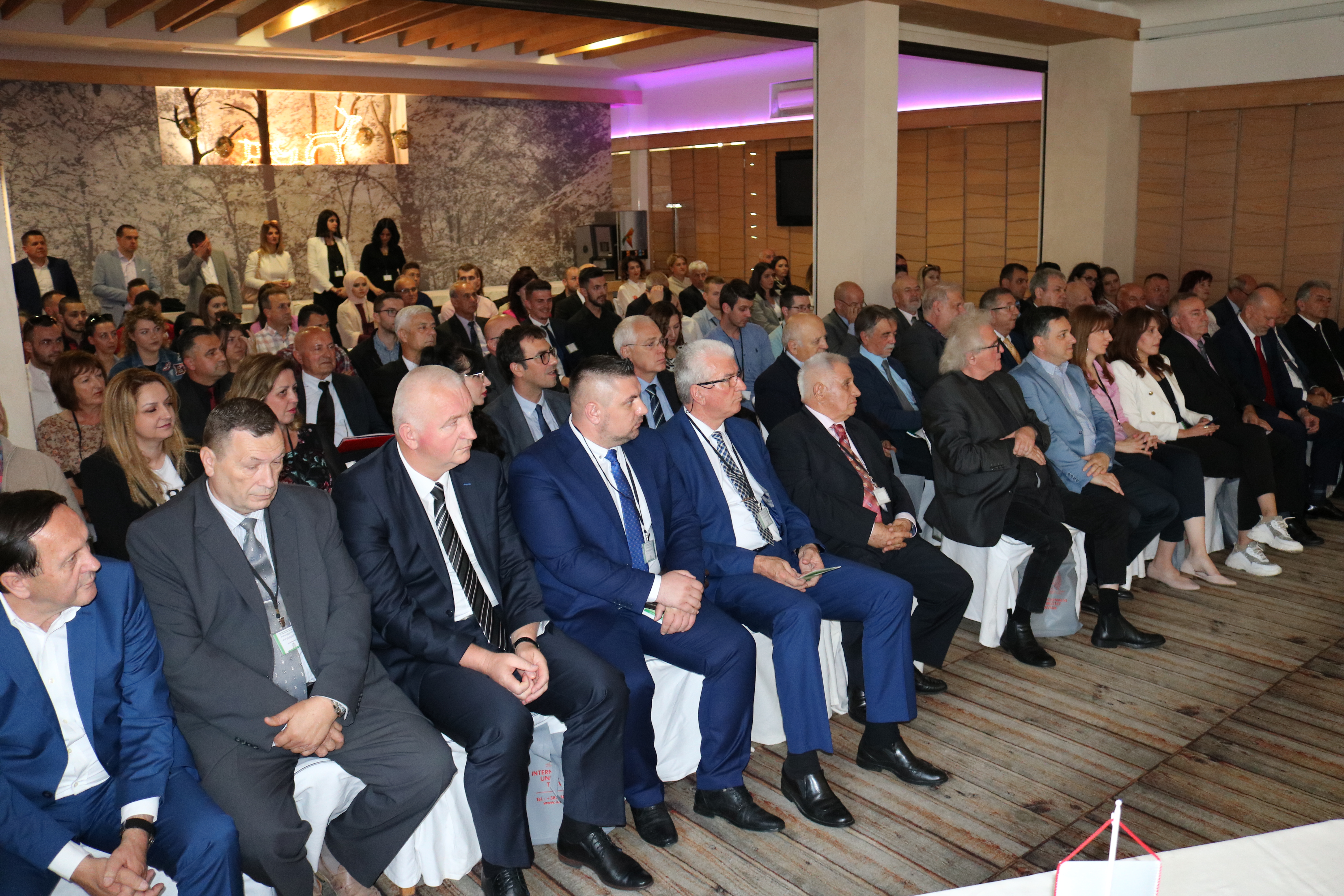 Organized by the Faculty of Transport and Ecology of the International University Travnik in Travnik, this year in Vlasic was held the XIX International Conference entitled “INNOVATION AND RESEARCH IN THE FUNCTION OF TECHNICAL-TECHNOLOGICAL CHANGES IN TRAFFIC, ECOLOGY AND ARTISTICS” University with LIST Macedonia and the Faculty of Natural Sciences and Mathematics, University of Novi Sad.

The main goal of the Conference was to consider the impact of creativity and innovation on intensive technical and technological changes in transport, ecology and logistics and their impact on business efficiency. The task of the Conference was to consider all theoretical and practical knowledge and to offer new solutions in these areas from the point of view of growth and development of the economy and society as a whole.

Rector of the International University Travnik, academician, prof. Dr. In his address to the guests, Ibrahim Jusufranić said that in an economy where the only certainty is uncertainty, knowledge as a basic capital and lever of development becomes a sure source of lasting competitive advantage.

“The fact is that some occupations are already dying out and that in the future that number will be even higher, because in the coming years automation and robotization of work is expected, which will affect many jobs and professions. That is why it is necessary for us to learn new things in time, enter new jobs and fight for our place in that even more modern world, because no one said that there would be no robot at all. It is up to us to show that they are not smarter than us, “said Rector Jusufranić.

He added that the goal is to include Bosnia and Herzegovina in the development of new technology, as modern states do, because that is the only way to stop the departure of young people.

During the Conference, special attention was paid to the application of new digital technologies and innovations in order to improve traffic safety. According to the words of the Dean of the Faculty of Transportation Travnik, prof. Dr. Sinan Alispahić, the aim of the Conference is to point out the need for intensive development, activation and animation of all relevant actors so that Bosnia and Herzegovina would not lag behind European trends.

At this year's Conference, a Memorandum of Understanding was signed between the International University of Travnik and the University of Audiovisual Arts ESRA, Northern Macedonia. The agreement was signed by the rectors of the University, prof.dr. Ibrahim Jusufranić and prof. Jordan Plevnes. This agreement envisages the organization and development of joint cooperation within the first, second and third cycle, joint study programs and double degree programs, joint work on professional and scientific projects, joint participation in conferences, conferences, workshops and other professional and academic meetings, exchange of professors and assistants and joint exchange of students in the first, second and third cycle as well as exchange of technical and scientific literature, primarily books, master's theses and doctoral dissertations defended at both institutions.