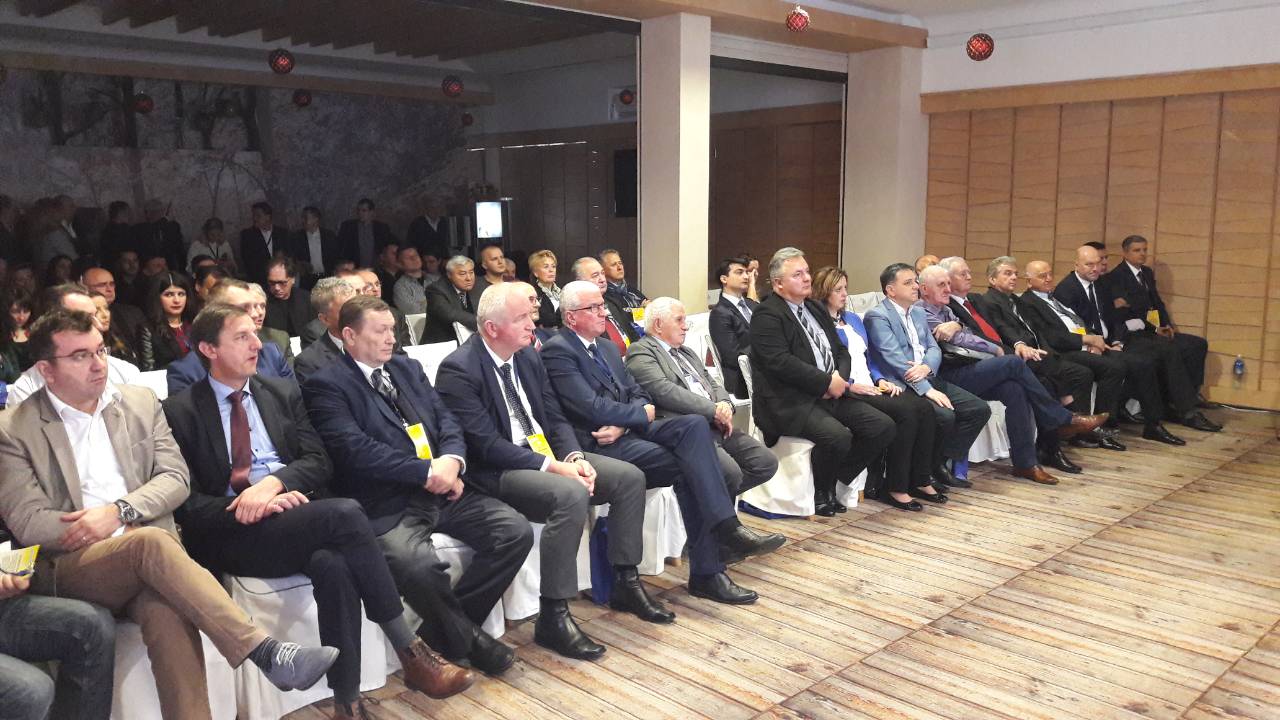 International University Travnik, in cooperation with the academic partner Nahichevan University of Azerbaijan at Vlašić, organized the 16th International Conference entitled “Economic, Legal, Communication Aspects of the Western Balkan Countries with a Special Focus on B&H in the Process of Accession to the European Union”. The conference was attended, among others, by Zlatan Vujanović, Minister of Trade of FB&H, Tahir Lendo, MBC Prime Minister, Sedžad Milanović, Minister of Economy of the MBC, Zoran Matošević, Assistant Minister for Education of Culture and Sports MBC, Adviser Elnur A. Gulijev , Head of the diplomatic mission of Azerbaijan in Sarajevo, Atanas Kozarev, Dean of the Faculty of Detective and Criminalistics of the European University Republic of Macedonia, as well as a large number of professors and experts from BiH, the region and abroad.

Addressing the guests and participants of the conference, Rector of the International University Travnik, Academician, prof. dr. Ibrahim Jusufranić, said that this conference is of great importance to the countries of the Western Balkans because they have decided to focus their future on the European Union. This represents an improvement of the economic position of these countries, which is a prerequisite for reaching the economic level of the EU countries and the standards of the population as a whole. Bosnia and Herzegovina is facing problems of indebtedness, unemployment, gray economy, and if this trend continues, IUT rector Jusufranic points out that our country could not reach the European level for the next 60 years. He added that without new investments, these issues can not be solved.

Rector Jusufranić said that from 2010 to 2016, Bosnia and Herzegovina had direct foreign investments of only $ 92 per capita. He added that BiH lags behind the ease of starting a business. All other countries in the region have achieved better results, even increased in comparison to the previous period.

The gray economy is the most represented in B&H, accounting for 25.5 percent of gross domestic product and is one of the biggest problems, and manifests itself through the engagement of the labor force in the black, the conduct of illegal money transactions, and in the illegal trade in goods and services. Regarding the reduction of the gray economy, the two levers are the key ones, which are the fight against corruption and the efficient functioning of the state, and Rector Jusufranić is also the same.

Minister of Trade of FB&H, Zlatan Vujanovic, during his address to the participants, is also of the view that without real orientation and enormous participation of the academic community, Bosnia and Herzegovina can not progress on the road to the European Union when it comes to the economy. The academic community directs young people who need to bring Bosnia and Herzegovina's path to the European Union, and just about every activity of this type will surely have the desired effect. Minister Vujanović added that the International University Travnik inherits the quality of international universities throughout Europe.

Dean of the Faculty of Detective and Criminalistics of the European University Republic of Macedonia, Atanas Kozarev, said that he is honored to be participating in this conference, which will further enhance the cooperation between these two higher education institutions.

The conference signed a cooperation agreement between the International University Travnik and the Ministry of Economy of the MBC. The contract was signed by the Rector, Academician, prof. dr. Ibrahim Jusufranić and Sedžad Milanović, Minister of Economy of MBC. After the signing of the contract, Minister Milanović handed the rector Jusufranić a thank-you note.